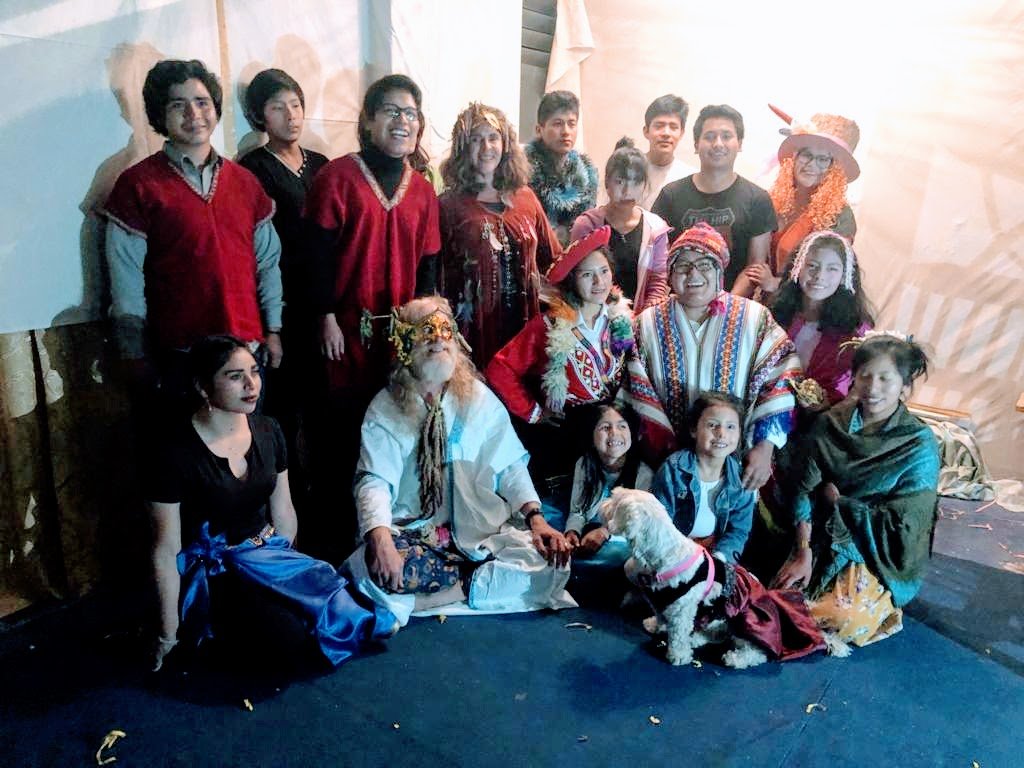 We changed the name of our film awards event from “Oscar’s Night” to “Qori Sara Night,” which means Golden Corn, in the local Qechua language.

However, the dresses and shows and the film fest were possibly even more exciting and meaningful than any Hollywood Oscars night.

Note: If you haven’t seen the films our Niños have been creating during the lockdown, check them out at this link! Creating the films and preparing for the award night have been keeping the Niños busy and engaged in working and learning together during the long lockdown in Peru.

The three winners of the tutorial videos were:

They each received a Golden Corn award and a cash prize for creating the most interesting, entertaining and creative videos.

However, all other videos were also fantastic, and each one of the actors received a special prize.

Jose Luis also got a golden corn award for being the best director, videographer, producer and editor, as he did everything by himself, and learned so much during the grueling process of completing 10 videos in less than 2 months.

Apart from the film fest and the dazzling costumes, there were also a dance show, puppet show, live music and singing performances.

The Casa was transformed into a magical red carpeted starry hall of fame, all decorated and sparkling clean, and there was a delicious buffet of local, gourmet delicacies and finger foods.

The event brought all the youth to work together for several weeks, keeping everyone’s minds engaged in creativity and production, and away from worries about Covid related issues.

We hope you enjoy watching all the videos, and learn at least one new thing to cook or make or do, which was the aim of creating the video tutorials, that our youth of Ninos deal Sol will gift our grand international community with teaching you something beneficial and inspiring.

Thanks and blessings again from all of us at Ninos del Sol!